Today is our 20th Anniversary and we are thrilled to announce the kick-off of our milestone anniversary celebration year. In 1998 The Hartling Group opened the doors to The Sands, its first luxury property on Turks and Caicos’ acclaimed Grace Bay Beach. Since then, The Sands has continued evolving to be the very best it has ever been. Breathtaking ocean views, lush tropical gardens, highly rated service and hospitality, and amazing location along Grace Bay Beach – TripAdvisor’s World’s #1 Beach – it’s all here waiting for you!

To celebrate this exciting milestone, the resort has coined this year “The Sands’ Better than Ever Celebration” and will be featuring, promotions, and social media fun starting today to further commemorate this splendid anniversary.

On the heels of its multi-million dollar resort upgrade, the resort continues to dazzle guests and receive noteworthy awards. Most recently The Sands at Grace Bay was honored in the acclaimed “Guest Review Awards” presented by Booking.com, and The Sands is now a 2018 “Recommended” property on HolidayCheck – Europe’s biggest hotel review portal. The resort is proud to once again carry the acclaim as a TripAdvisor Certificate of Excellence property for the seventh year. U.S. News & World Report has named The Sands at Grace Bay as one of the 2018 “Best Hotels in the Turks and Caicos”– a commendation the resort has received since 2015. Additionally, past guest reviews have made The Sands a 2018 Hotels.com™ “Loved by Guests” award winner as well as a “2017 Family Favorite Hotel” by Family Vacation Critic.

A truly exciting time to experience all that The Sands at Grace Bay has to offer is during this special “Better Than Ever” 20th Anniversary celebration year. While our official anniversary date is today, the jubilation will be shared all year long. Guests can look forward to enjoying and engaging with The Sands on such celebration fun to be unveiled throughout the year as: The Sands’ Selfie Scavenger Hunt, featuring the 20 coolest places to take the best selfies at The Sands; #SandsBestFan campaign, where guests will be invited to share why they are the ultimate The Sands’ fan; #TheSandsCelebrates20 campaign and Timecapsule contest, inviting guests to submit photos and memorabilia of The Sands over the past twenty years. Additional 20th Anniversary fun will include spring and summer promotions, special anniversary drink creations by Hemingway’s, and more!

To get the celebration started, we are launching a new social media campaign – #TheSandsCelebrates20. Past and present guests are invited to join #TheSandsTC social community by sharing photos and memories gathered during any stay at The Sands at Grace Bay and tagging them with #TheSandsCelebrates20. Select user photos will be shared on the brand’s @TheSandsTC social media channels, as well as on the resort’s blog at https://thesandstc.com/blog/. All submissions will be reviewed for inclusion in the property’s 20th Anniversary Timecapsule Contest promotion with prizes to be announced along with full promotion details in 2019. The more that guests post, the more chances they will have to win.

Whether travelers are looking to have fun with the family, explore the Caribbean culture of Providenciales, join in an outdoor adventure on or around our beautiful island, have a blissfully romantic retreat, or enjoy an ultimate escape with friends, The Sands at Grace Bay is the ideal home away from home in Turks and Caicos. This stylish resort caters to guests of all ages: from families with children and multigenerational family groups, to honeymooners, and active adults seeking a refreshing getaway. Start dreaming of your perfect vacation at The Sands at Grace Bay. 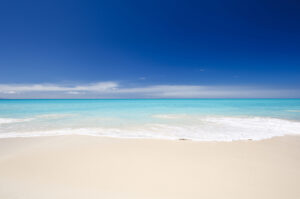 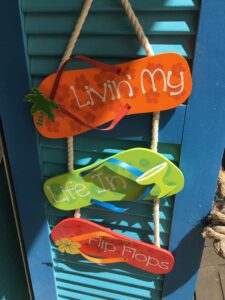 As your trip to winds down, it’s time to start thinking about souvenirs. Instead of buying the usual touristy t-shirt, why not consider handmade jewelry, clothing or even a painting? Shopping in Turks and Caicos means exploring the creations of local… 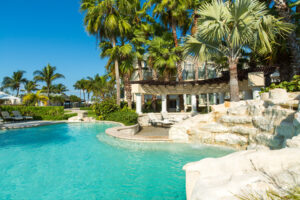 As October draws to a close, Providenciales is gearing up for the start of the holiday season. Soon the island will be filled with many tourists trading the cold and the snow for warm and powdery white sands. Turks and Caicos… 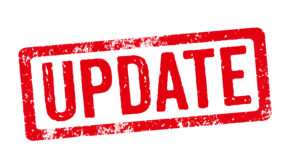 To ensure you always have access to the latest information and guidance, we will continue updating this “Announcements” section of our website have a website. We are committed to keeping you fully informed as the situation evolves. Here is an info-graphic… 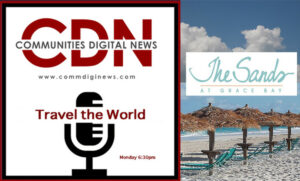 The Sands at Grace Bay’s General Manager, Mona Beeson, was the featured guest speaker this week on the “Travel The World” radio show, hosted by Community Digital News. Mona had the pleasure of chatting with the radio show hosts, Bob Taylor (who… 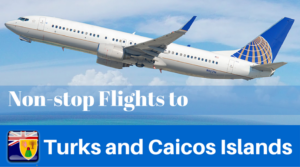