Check Availability
Blog
Home » Press » How to Move to Canada

It’s 2016, which means it’s an election year in the United States. Democrat or Republican, no matter who looks like they’re going to win the election, there is one question everyone seems to ask each time:

How can I immigrate to Canada?

Canada: the Ideal Version of the United States?

Even before Canada rushed to accept 25,000 Syrian refugees at the end of 2015, many American have long considered Canada to be a friendlier, more polite version of the United States to the north.

There’s clean air, lakes to fish in, plenty of skiing.

Above all, Canada is considered to be a place where you can leave behind all of the mundane, day-to-day troubles of living in the United States, including dealing with elections.

Jumping on the “I’m moving to Canada” bandwagon? Here’s a few things you’d be giving up: https://t.co/Xs39yn5S7C pic.twitter.com/cpM5lAEhCu

And it’s not just Americans who dream of becoming part of Canada.

As anyone who has visited our islands likely knows, there has long been discussion of Turks and Caicos becoming part of Canada. It’s a story that pops up at least once a year. Most recently one of Canada’s opposition parties debated the idea at their annual convention in April, 2016.

Canada’s federal government always shoots down the idea, but people still find the concept of Canada acquiring “its own Hawaii” fascinating.

Could this be part of ‘Saskatchewarm?’ Premier Wall muses adding Turks & Caicos to provincehttp://t.co/QCVilaEmkc pic.twitter.com/0cGFMxm6hH

For the Turks and Caicos joining Canada seems like a good idea. Citizens would have access to Canada’s large labor market, and would also benefit from increased funding for health, education and infrastructure. Ice hockey and skiing is just icing on the cake.

But, after years of trying, Canada and the Turks and Caicos remain two separate countries with little hope of forming any kind of union.

Why Immigrate to Canada?

Like the people of the Turks and Caicos, some Americans have never given up hope of emigrating to Canada. While Canada’s status a benevolent and non-threatening nation to the north may be a bit of a fantasy, Canada has provided a refuge for thousands of Americans during an earlier turbulent time.

Between 1965 and 1975 it’s estimated that 40,000 young American men “escaped to Canada” to avoid being drafted to fight in the Vietnam war.

While some remained in Canada for the rest of their lives, many draft resisters (or draft dodgers, depending on your point of view) returned to the United States following President Carter’s declaration of amnesty in 1977. Some of these returnees must have brought back warm memories of Canada with them.

Here are a few facts about Canada, America’s neighbor to the north:

This last factoid means that, despite its large size, most Canadians are crammed into just a few cities, which makes buying a house expensive relative to income.

Hey @lenadunham , found you a house in Vancouver. I’m guessing 1.1 M (Cdn) is affordable for you. Good luck! pic.twitter.com/VZDBd9j71l

There is another important fact anyone considering moving to Canada should know:

To put it bluntly, Canadians don’t earn as much as Americans, and they’re taxed more. The “free healthcare” in Canada that Americans hear about actually costs a lot of money, and high taxes pay for it.

Why Moving to Canada May Not Be So Easy

While it’s fun to fantasize about picking up and quickly bugging out to America’s friendly but chilly doppelganger to the north, it’s time for a reality check:

Moving from the United States to Canada is more involved than just packing up your belongings and finding a new place to live.

Here are some basic pointers about moving to Canada:

To find out if you’re eligible to work or live permanently in Canada, complete the Canadian government’s online questionnaire here.

Other Reasons to Reconsider Moving to Canada

Besides the cold, there are some very important reasons to reconsider that plan to move to Canada after the election in November.

As everyone knows, Canada is pretty cold. If you’re unfamiliar with how cold it is in Canada, just remember that it’s colder than the Polar Vortex that has plagued the United States for the past few years — with the “wind chill” it’s typically -40F in winter in Toronto… it’s one of the reasons so many people come here to the Turks and Caicos!

2. There’s No Hulu and Netflix is Terrible

At the moment Hulu is not offered in Canada. While there is Netflix,  streaming content is fairly limited in Canada, and Netflix is cracking down on VPN’s.

3. Your Favorite Stores Are Not in Canada

There’s no Trader Joe’s in Canada. Target pulled out of Canada last year.  There’s no White Castle, and there is definitely no In-N-Out Burger.

On the other hand, Canada is home to iconic brands such as Herschel, Viberg and lululemon, so it’s not a total shopping wasteland north of the border.

Whatever election night in November 2016 brings, even if you can’t move to Canada, it’s important to remember one things: there’s always Turks and Caicos.

Winter is sunny and warm, and Grace Bay Beach is waiting to take your troubles away. We’d love to see you. 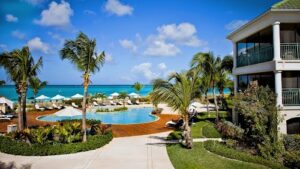 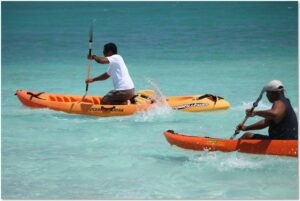 To coincide with the start of the official 2012 Summer Olympics in London, employees at The Sands participated in their own weeklong Summer Olympic games!  We put together a week of island-inspired Olympic events where employees came out to battle for… 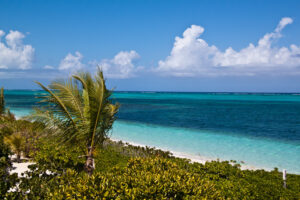 Each month the Sands on Grace Bay resort presents hot topics and news about the Turks and Caicos. This month: where can you spend the day on the beach with a Potcake puppy? Where is the Greatest Beach on Earth (According… 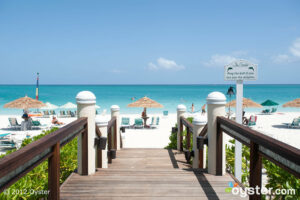 We are offering a special 5th Night FREE winter travel promotion for stays of four consecutive nights or more between January 2nd through February 15, 2013. This limited-time 5th Night Free deal is valid for new bookings made on the following five… 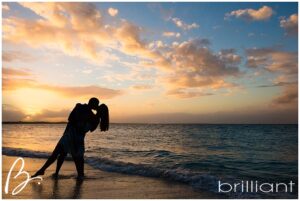 Are you planning a special trip to Turks & Caicos’ The Sands at Grace Bay with your family members, friends, or loved ones? Do you want to capture the fun-filled moments during your stay here in tropical paradise – without the…